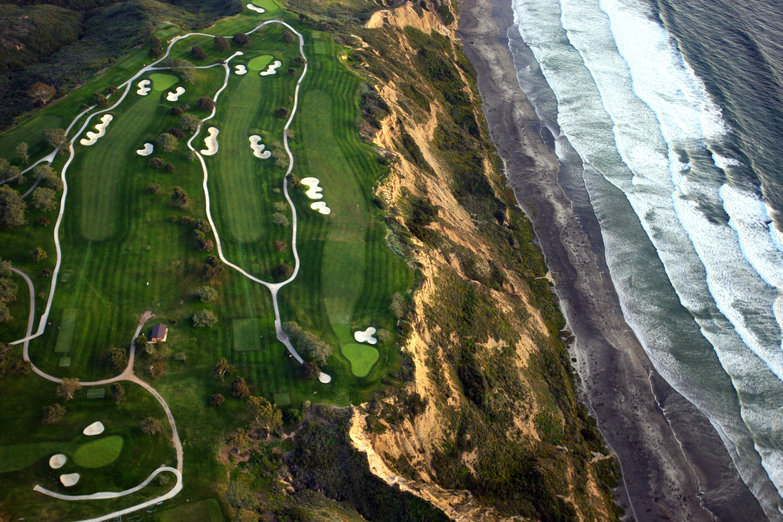 The U.S. Open is heading back to Torrey Pines. The rumors of a return to the San Diego area for the 2021 national championship took off in recent weeks, and the city of San Diego officially accepted the USGA''''''''s plan to return to the city-owned layout.

Thanks so much to the #SanDiego City Council for making 2021 at Torrey Pines a reality. We can''''''''t wait to stage @usopengolf there again!

There are only a select few truly public courses in America capable of hosting the U.S. Open, and the South Course at Torrey Pines appears to have joined that group for good. Bethpage Black is the model public course for the USGA -- a huge venue with grounds able to host all the corporate/entertainment/merchandise tents and condos that are just as big a part of the event as the actual 18 holes. The Black Course and Torrey Pines, the first city-owned course to host a U.S. Open, remain relatively affordable, unlike Pebble Beach and Pinehurst -- two places open to the public if you''''''''re ready to drop hundreds, and usually thousands of dollars once you''''''''re all done. Chambers Bay and Erin Hills are two newer public courses the USGA is going to try out in the next three years for their most prestigious championship.

Torrey Pines hosted its first and only major in that 2008 U.S. Open, one of the more dramatic national championships of the past two decades. It''''''''s still the last major Tiger Woods won, hobbling on a torn ACL and broken leg to pull even with Rocco Mediate on his final hole on Sunday and then edge the longshot veteran through a back-and-forth 18-hole Monday playoff. The USGA was quick to make a callback to that first running of the U.S. Open at Torrey when they made the announcement, tweeting this video:

The South Course is not without its detractors, specifically the work that Rees Jones did to redesign the track in order to host that 2008 U.S. Open. Phil Mickelson, who has tangled with Jones in the past and is currently helping redesign the North Course at Torrey, ripped the South just this January before the start of the Farmers Insurance Open.

"My feelings of animosity toward it might be a factor as to why I haven''''''''t played well per se on it," Mickelson said. "I''''''''ve learned to play it over the years, but it is not conducive to the way I like to play, which is aggressive … Every shot is repelled away from the tucked pins, every green breaks away from the bunkers, every time you''''''''re in a bunker, you''''''''ve got a downhill shot," he added. "It''''''''s just monotonous to me and it doesn''''''''t allow for great recovery and it does not allow for aggressive play."

When asked if it surprised him that the U.S. Open had not returned (or announced a return) to Torrey since 2008, he curtly stated, "No, it doesn''''''''t." The San Diego native and resident can now say he''''''''s surprised to hear the white whale of his career is returning to his hometown.

But Tiger, who has tons of positive history on the course (9 pro wins), and Phil, who clearly hates it, will be 45 and 50 years old when the U.S. Open returns. Mickelson likely won''''''''t be a factor, or even playing in it, and Tiger could just be hanging on, trying to recreate the the post-45 magic Jack Nicklaus pulled off in 1986.

The return to San Diego also continues the USGA''''''''s trend of putting their most coveted and profitable championship in primetime. The 2008 U.S. Open was the first time they set a schedule for a primetime finish all four days, most notably on Sunday night back in the eastern United States. The USGA and broadcast partners NBC and ESPN recreated that primetime audience grab in 2010 at Pebble Beach and 2012 at Olympic. New TV partner FOX, taking their first shot at producing a golf broadcast, will go for primetime next year in Seattle, in 2019 back at Pebble, and now in 2021 in La Jolla. Here are all your future venues for the U.S. Open:

Trackback from your site.

A San Diego native and competitive amateur golfer. A digital marketing professional and lover of anything that combines golf, technology, and fun. View My LinkedIn Profile.

Registration for the 2014 Callway Junior World at Torrey Pines is open. http://t.co/H80AYU2Lio #playtorreypines

Our weather forecast is from WP Wunderground